In the meantime, the geopolitical situation in the Middle East is rapidly changing, to the detriment of the West. Iran and its neighbors, Turkey (a NATO member and would-be member of the European Union) and Syria, with Hizballah and Hamas in the back seat, are forming a Shia-Sunni strategic coalition that stretches from Pakistan to the eastern borders of Europe.

The Turkish accession to this coalition, a keystone in every respect, has happened relatively recently, but it is determined and should frighten the life out of European policymakers. The first target of the members of the coalition may indeed be Israel, with the treacherous Mavi Marmara incident underlining the Erdogan regime’s true colors and intentions. However, this Islamist coalition is also a threat to the stability of the Gulf states, Iraq and Afghanistan, as well as to the security of Europe and the United States. And, it will certainly blunt the effects of American and European warnings to Tehran and hamper sanctions.

Concerning sanctions: Just look at what is happening. Iran is sanctioned already, but has managed to control the damage, by means of the Iranian Central Bank and the Islamic Revolutionary Guards Corps (IRGC), an elite force comparable to the German SS. The IRGC is the guardian of the Iranian system of government, and it has its grip everywhere, from security to business.

The latest jolt to Iran came from the European Union. In its meeting on June 17, the European Council of Ministers approved “new restrictive measures,” including energy sanctions. These are to be outlined in the Council meeting next month. The sanctions policy is supposed to force Iran into compliance and to send a discouraging message to other states with nuclear ambitions, such as Saudi Arabia, Syria and Egypt. It should also serve to keep the Israelis, who are faced with an existential threat from Iran, from unilaterally embarking on the military option.

Alongside sanctions policy, there is also a public diplomacy effort. The Stop the Bomb Coalition (STB), which comprises activists in almost a dozen E.U. member states, has successfully campaigned for a reduction of European business interests and investments in Iran.

Some examples: The German branch of STB took on a series of companies, including Siemens, one of Iran’s main trading partners. The Dutch and British branches took on Royal Dutch Shell (a supplier of refined oil products to Iran), and the prominent Dutch newspaper De Telegraaf tarred and feathered the Islamic Republic of Iran Shipping Lines (IRISL), which the United States had blacklisted for illegal activities. However, IRISL still enjoys unrestricted access to European ports.

Many prominent European intellectuals and politicians supported the STB campaign to put the IRGC on the European Union list of terrorist groups. The initiative followed a November 2009 Dutch Parliament resolution to that effect. The petition’s signatories also urge the European Union and its member states to ban trade and encourage their countries’ businesses to cease economic activity with entities associated with the IRGC.

It’s past time for European nations to get serious about the Iranian threat. While President Ahmadinejad has vowed to destroy Israel, Iran’s ambitions don’t end there. U.S. Secretary of Defense Robert Gates recently reminded a Senate hearing that Europe is also within Iranian striking range.

“If Iran were actually to launch a missile attack on Europe, it wouldn’t be just one or two missiles or a handful. It would more likely be a salvo kind of attack, where you would be dealing potentially with scores or even hundreds of missiles,” Gates said.

But Iran’s ambitions don’t end there, either. Ahmadinejad’s latest verbal attack, delivered on June 16, referred to the Jews as “the filthiest and greatest of criminals, who [only] appear to be human.”

Ahmadinejad also had a message for the American people: “We have a plan to change the world, to reshape the balance of oppressive [power] in the world, and [to change] the unilateral and discriminatory world order.... I hereby announce that from this point forward, one of the Iranian nation’s main aspirations will be to deliver the American people from [their] undemocratic and bullying government.”

This is not a lunatic speaking, or some narcissistic potentate of a banana republic. This is not just the representative of a ruthless regime with a long track record as a terrorism sponsor and a human rights violator. This is the intelligent, confident “messianic” leader of a strategically located regional superpower that is pushing an Islamist agenda of conquest.

As you read this, Iran is acquiring the means to advance that agenda. Centrifuges continue to spin. Iran’s uranium stockpile is getting larger. To not take Ahmadinejad seriously is tantamount to going back into history, with what we now know about them, and subsequently ignoring Hitler’s declared intentions.

The United States and European democracies need to work together to prevent Iran from achieving a nuclear weapons capability. To pressure the regime, its three lifelines—the IRGC, IRISL and the Iran Central Bank—should be cut. Time is running out.

Wim Kortenoeven is a recently elected Dutch Parliamentarian for the Party for Freedom and a member of the Foreign Affairs Committee. 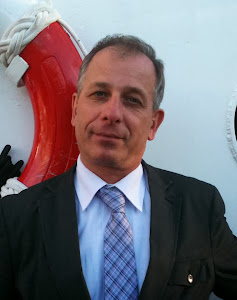